Peak Over the Edge… 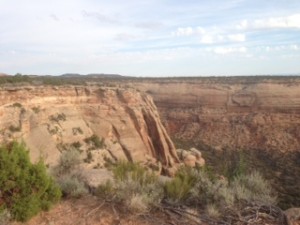 Today I had an athlete I am coaching ask if she should take Tylenol, acetaminophen (ACT), before the start of an Olympic Distance Triathlon. Her reasoning being is that she had read a study that taking ACT boosted performance by masking the perception of pain related to effort.  Since she’s competing, she was considering taking it to increase her pain threshold.  I found the study and read it.  I know that athletes take perfromance enhancement drugs.  But this study got me thinking more about the use of ACT.  I think of the idea of racing, at any level be it age group or pro, is to move past the pain, without “outside” help (ie.tylenol is outside help).  The challenge with racing, in my opinion, is to go inside oneself and deal with that pain or discomfort.  To me this is what makes racing-racing and not just exercising.  In racing each athlete needs to quiet the mind from thoughts of self-doubt and manage, or not, the perceived pain.  Athletes often comment at the start of the race of how nervous they feel or anxious, this unknown thing they are about to undertake.  Can I or Can’t I? What will this be like?

The idea of taking the ACT is to trick the body or mask the perception of how much pain there is given the effort.  By masking the pain the athlete can then go further or faster therefore resulting in improved overall performance/time.  Typically, without the ACT, the body will keep going.  However it’s the mind that will want to stop it.  The body can just keep going.  Some people can push themselves more than others because they have a higher mental tolerance for pain or better pain management.  In an interview before the 2012 Ironman World Championship in Kailu-Kona, 2011 Winner Craig Alexander says “part of a triathletes psychi is to really want to test the boundaries, to get to the edge and look over it, to find out where it is.”  For those athletes who can push themselves to the edge due to this high pain threshold, there is a second system where the body will stop before reaching a point of injury or collapse. It’s a nice safety mechanism for self preservation reasons!   However, Alexander also comments, “sometimes you don’t know where it (edge) is to you have overstepped it.”  I know, some athletes can so move past that point where their body shuts down, they pass out, collapse, as a means to protect the body from injury.  In the 2011 Xterra World Championship in Maui I saw first hand as Pro Melanie McQuaid passed out just 200 yds from the finish line. In the end she was fine, didn’t finish, but made it to the after party!  Go fellow Canadian! Anyhow, she brought it to the edge, then tipped past it.

My questions are, why would someone race if they were going to mask the pain with drugs?  Wouldn’t that leave more question marks as to how far you can push yourself or, not? If this was me experimenting with this, I would wonder how much of my results was due to me, my effort, and how much was due to the drug masking the pain?  Second, why endanger yourself by using a drug to over ride a protective natural system, this safety mechanism?  Isn’t the idea of racing and competing to see how far one can go, push themselves?  Pro Chris McCormack, “Macca”, also in an interview prior to the IM 2012 Worlds comments there is pressure athletes put on themselves to over come your “own self doubts, your own fears, your own insecurities, and your own question mark”.    Wouldn’t taking something like ACT be moving away from overcoming these personal challenges?   I think endurance athletes participating in events of any distance have that personality who are searching for the ultimate challenge.  The hardest thing is to switch off the mind of those self-doubts, fears, insecurities and move into the moment.  Pro Leanda Cave, winner of the IM Worlds in 2012, says “it’s hard to push yourself when everything else says you don’t want to be (pushing).  The hardest thing is switching off things in the head.” Of which she notes as a strength of hers to switch off and be physically in the moment.

Some of this reminds me of a TED talk I heard by author and researcher Brene Brown, “Daring Greatly,” where she comments that we as an adult society are very good at “numbing” ourselves to avoid being vulnerable.  What I love about racing is that we are vulnerable.  In the 1999 IM Worlds age grouper Judy Molnar talks of her IM experience as being “raw”  where “you don’t look good, feel good.”  I think it’s the beauty of racing where in this one day, in this one moment there is an opportunity to step up to the plate and do it.  To be fully present second by second and not know the outcome until the finish line is crossed.  Taking something that would dull the pain is like robbing someone of truly knowing their capabilities.

The athlete steps into the arena to face the unknown, and by staying in the moment, fully present, until the end, over the finish line, can their questions at the start be truly answered.

PS, no she did not take anything to dull the pain 🙂 she was fully present across the finish line in a pb.

This entry was posted in Blog, Health and Nutrition, Running, Swimming, Triathlon, Uncategorized. Bookmark the permalink.